London, United Kingdom: A feature film, The story of DARAJA and James, has been selected to premiere globally and virtually by the organisers of the world’s first Climate Adaptation Summit (CAS) 2021 that will be attended by several Heads of State in the Netherlands on the 25th January.

Leading Kenyan filmmaker, Ondivow, has teamed up with James Kirika, a local community leader, to tell the story of how DARAJA, Africa’s most inclusive urban weather forecasting and early warning system, was created. Ondivow follows James through the alleyways of his informal settlement, “slum”, in Kibera, Nairobi. The filmmaker accompanies James into the national weather agency, the Kenya Meteorological Department (KMD) the local radio station, Pamoja FM, two organisations that have played a key role in DARAJA.

In Nairobi alone, 98% of the residents state that they use DARAJA information services to prepare for high impact weather through actions that avoid damage and loss including: repairing their homes, moving possessions to a safe place and clearing household and community drains.

The film will be introduced by Patricia Nying‘uro, Climate Scientist and Chief Meteorologist at the Kenya Meteorological Department (KMD), IPCC (Intergovernmental Panel on Climate Change) focal point for Kenya and a key partner in the DARAJA service. The CAS talk where the film will premiere at 18:45 CET (UTC+1) on the 25th January, will be hosted by the presenter and broadcaster of BBC World’s What’s Up Africa, Ikenna Azuike.

British High Commissioner to Kenya, Jane Marriott OBE, says, “Delighted to see the story of Daraja and changemakers like James front and centre at the Climate Adaptation Summit. Building adaptation and resilience is one of the UK’s key focus areas for our COP Presidency. This is a great example of how a Kenya-UK partnership to build resilience to climate shocks is making a difference.” 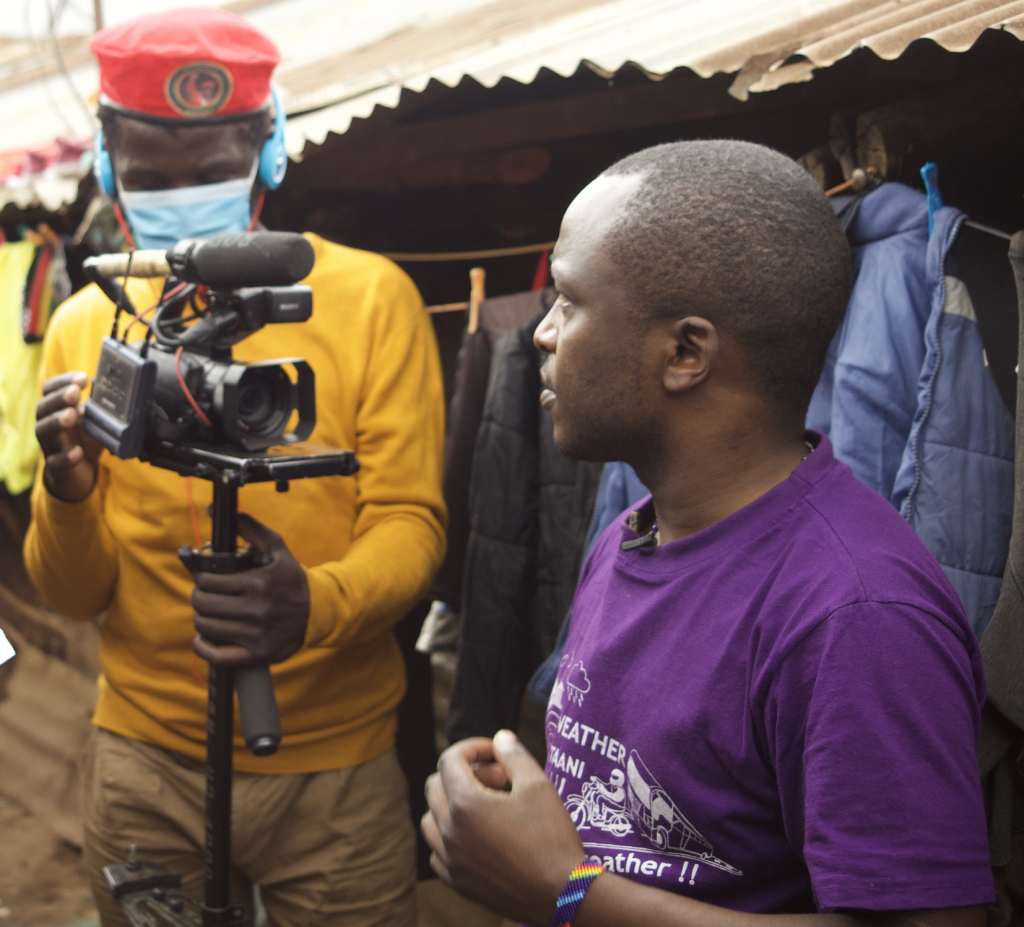 (Kenyan Filmaker Ondivow on location with James in Kibera, Nairobi)

The Story of DARAJA and James

In the film, co-produced by Resurgence and its Kenyan partner, Kounkuey Design Initiative (KDI), James’s interactions with key actors in the project – a community coordinator from KDI, KMD meteorologists, Red Cross climate scientists and radio station chiefs – allow Ondivow’s camera to capture some very candid discussions on the challenges and transformational progress made on providing his fellow residents with improved weather forecasts and early warning services.

“We have worked with Ondivow for some time and we know he is one of the great film talents in Kenya today. His intimate knowledge of Kibera meant he was really well suited to demonstrate our work on DARAJA.”, says Pascal Mukanga, Planning Coordinator, KDI.

Register to the CAS 2021 virtual event and watch The Story of DARAJA and James film live, here.

DARAJA aims to improve the climate resilience of vulnerable populations living in informal settlements in Dar es Salaam, Tanzania, and Nairobi, Kenya by building bridges between communities and weather and climate information providers.

In 5 years the DARAJA service aims to be available for 250 million residents of informal settlements in 30 cities across the globe.

DARAJA is receiving additional support to scale out of Nairobi and Dar es Salaam into other global cities, from the EIT Climate-KIC, the EU‘s leading public private climate innovation partnership.

Information about the Kenyan Filmmaker, ONDIVOW:

Ondivow, is an award winning filmmaker and photographer, based in Kibera, Nairobi.
Ondivow has a range of commercial and public sector clients including: LG Electronics E.A, Infinix Mobile, the German Embassy in Kenya, and the first Kenyan to make the recent Grammy Awards Consideration List, the award winning recording artist, Octopizzo.

What is DARAJA and BReTCAT, in Jamaica?