Co-designing Weather and Climate Information Services for and with Urban Informal Settlements in Nairobi and Dar es Salaam.

(As published in The WISER TRANSFORM co-production manual 2020 “Co-production in African
weather and climate services” which features DARAJA on pages 132-135, as well as many of the WISER projects).

Aim of the project

Developing Risk Awareness through Joint Action (DARAJA) is a project under the WISER programme
that aims to improve access to, and enhance the use of, relevant weather and climate information by
residents of informal settlements in Nairobi, Kenya and Dar es Salaam, Tanzania.

An inclusive forecasting service, which operates at city scale and is localised further, and an early warning service, co-designed with community members, will enable residents to be more resilient and better prepared to take adaptive measures. City authorities can also use this system for better urban management.

Kenya and Tanzania in East Africa. 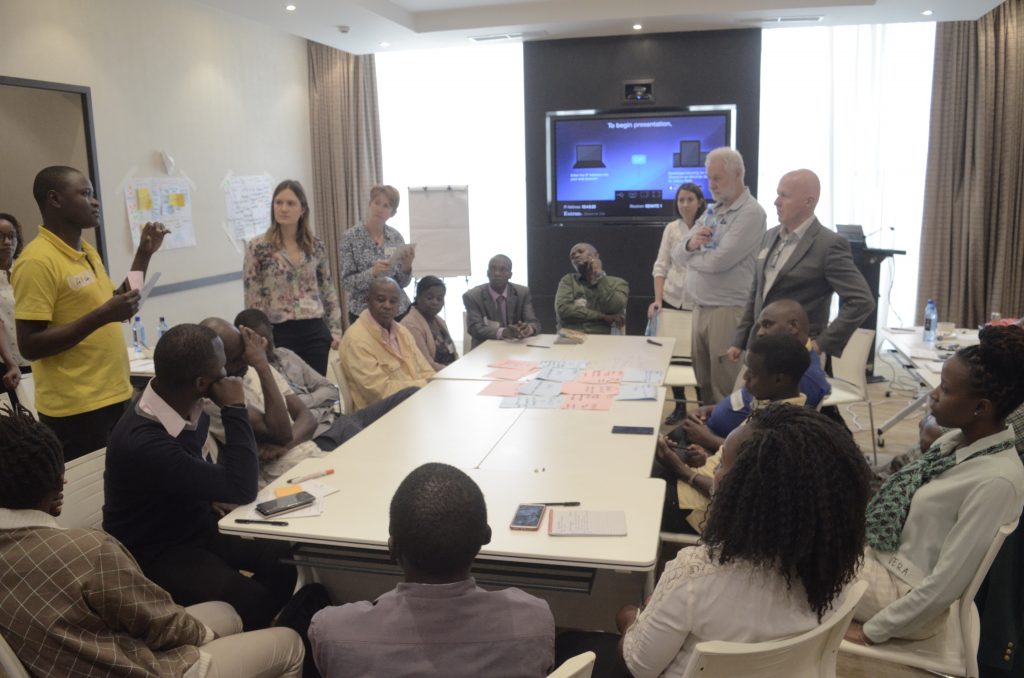 DARAJA has taken a systems-wide, co-production approach and has brought together disparate actors to work together for the first time, including the National Meteorological and Hydrological Services (NMHSs) and community development organisations.

The aim is to co-design interfaces and services for Weather and Climate Information (WCI) that address the needs of the residents of informal settlements.

Co-producing the service between users and producers was intended to increase the knowledge and uptake of WCI. A common language/terminology and shared understanding of the purpose was established at the start of the process in order to increase understanding of WCI and engender a sense of ownership in the community, thereby increasing the demand for, and use of, WCI.

Similarly, this process, which includes feedback loops between the community and the NMHS, was designed to better align the forecasting services with community needs so as to create a more tailored and actionable forecast. This will not only improve climate resilience at the individual, community and city level, but also improve trust between residents and the NHMS.

Urban residents operate inside a complex and interconnected system. However, often, various actors in the city-system operate in fragmented ways. To effectively service the WCI needs of residents at a community and a city scale, a dynamic systems-wide, co-production approach is required.

Historically, NMHSs have focused on developing Weather and Climate Information Services (WCIS) for sectors such as agriculture, aviation and marine.

As urban cities are growing rapidly, leading to the increased need for WCIS, NMHSs need to work with urban communities to co-develop WCIS that are relevant for urban spaces.

Who was involved and what were their roles?

DARAJA is coordinated by Resurgence. It is implemented by Kounkuey Design Initiative (KDI) in Nairobi and by the Centre for Community Initiatives (CCI) in Dar es Salaam. They play the key role of convening the stakeholders, facilitating the collaboration process and implementing the pilot services and other project activities.

The implementation of these pilot services was led by the project consortium in collaboration with the stakeholders. KDI and CCI convened a number of consultations, group dialogues, design workshops, feedback sessions and periodic survey/interviews, which brought together: residents of informal settlements, whose local knowledge tailored the forecast messages; school teachers in Dar es Salaam; the Kenya Red Cross Society (KRCS) in Nairobi; city authorities (Water and Sanitation Department, Disaster Management Authority, Urban Planning, etc); mass media channels and a community of practice – The World Bank and the Trans-African Hydro-Meteorological Observatory (TAHMO) in Dar es Salaam and the project Forecast-based Preparedness Action (ForPAc) in Nairobi – to collaborate with their respective National Meteorological and Hydrological Agencies, the Kenya Meteorological Department (KMD) and the Tanzania Meteorological Authority (TMA).

The aforementioned stakeholders, in collaboration with KMD and TMA, have co-produced new, localised, daily forecasts and have also improved aspects of other forecasting products, such as more intuitive weather icons. Mass media channels have a unique insight into effectively communicating at scale.

Thus, city-wide and community radio stations played a significant role in co-producing the reference and impact description guides and in co-designing the radio pilot. 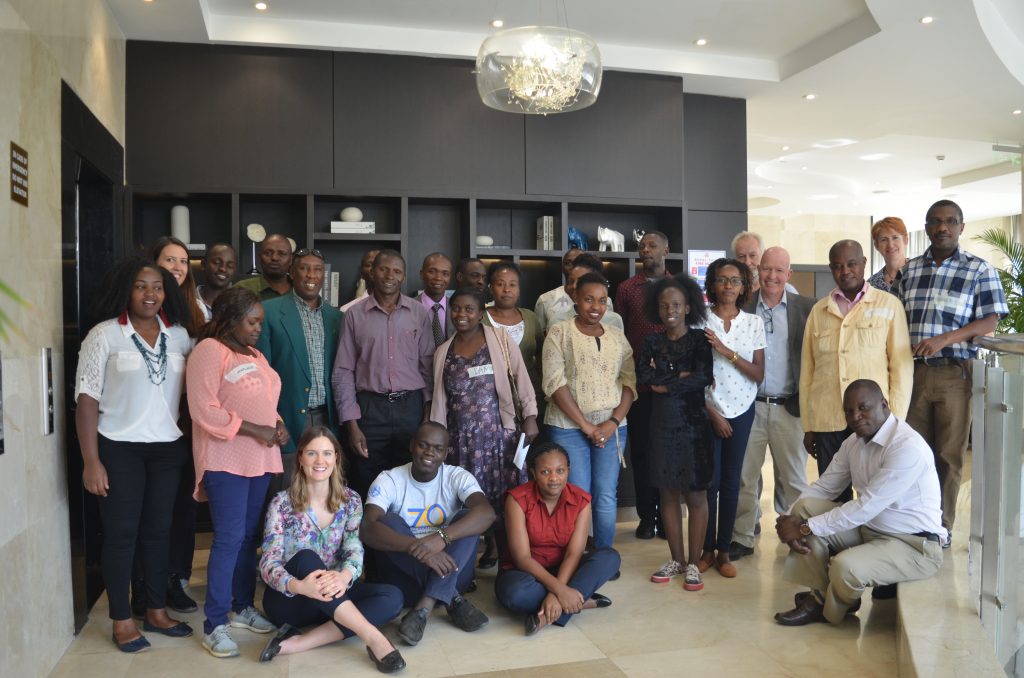 Benefits of the co-production approach

• Through a direct channel of communication with the NMHS and an interactive and constructive workshop process, marginalised and vulnerable communities are given agency and their requirements are validated.

• Continuous direct interaction throughout the co-production process created an opportunity to learn from technical experts, increasing users’ awareness and understanding of weather information. This heightened awareness and sense of ownership, from being integral in the co-production process, resulted in an uptake of forecasts, increased forecast-based action at individual, community and city level, and improved trust in the system.

• The continuous interaction between organisational stakeholders and users increased the understanding of the users’ context and their needs. The project created a shared space for direct communication, such as the WhatsApp group with stakeholder representatives. These initiatives
have motivated organisational stakeholders to improve their products and services to meet the needs of users such as the NHMS and radio/media outlets.

• Feedback channels created between all the stakeholders has led to increased responsiveness, trust and an improved forecast from the NHMS.

How was co-production done?

DARAJA brought together a range of stakeholders, including those who already exist in the urban WCI system and those who should be a part of the system. A mapping of how information flows through
channels and actors was undertaken to identify the key actors to be included in the process. To support the development of locally relevant systems, it is critical that a local and trusted actor plays the
role of convenor as such a person has a strong understanding of the local context and can elicit a greater buy-in from local stakeholders. A key element of building partnerships within this system was to
create an environment of trust by fostering a shared understanding of the problem, a common goal of building climate resilience and multiple opportunities to work together.

The project co-designed pilot projects in each city through highly interactive, co-design workshops with media stakeholders, community members and city authorities. The stakeholders and project consortium worked intensively with the NHMSs to co-design awareness campaigns and communication systems that included dissemination and feedback.

This was done to ensure that weather forecasts and early warnings would reach the most vulnerable communities and to create feedback loops back into the forecasting centres of each weather agency. This process was supported by data to help create a shared understanding of the problem and the system.

Through discussions and workshops, the NHMS and users came to a common understanding. The NHMS determined the needs of users and users grasped the science and limitations of the NHMS and weather forecasting. Through this process, the stakeholders co-explored and co-designed the potential improvements that can be made in existing WCIS.

For example, during a two-day workshop with all the stakeholders and the NMHS, participants shared insights based on their collective experiences. Several guides were produced, which explore technical terms used by the NHMS but not easily understood by others. Collaborative exercises created an opportunity to develop a shared definition of technical terms typically used by the NMHS. For instance, participants unpacked the meaning of ‘showers’, then came up with an intuitive or locally relevant description.

The improved WCI services were piloted for a period of time at city and settlement scale. In Nairobi and Dar es Salaam, the co-designed pilot services ranged from daily weather broadcasts on local radios and TV, to training school students and community leaders to interpret and communicate weather  conditions.

Representatives from the different stakeholder groups volunteered to support the pilot services
implementation by providing feedback and insights throughout the planning and execution stages.
For example, stakeholders – especially community members – provided valuable feedback on the draft
template for the new daily/rolling weekly forecast. A WhatsApp group of local actors was created to
facilitate this coordination and has been leading the implementation with the project consortium
providing support.

‘Accessibility of weather information through the WhatsApp group created by DARAJA has enabled me to share weather information during the April/May 2019 rain season with my students at Keko mwanga Primary School. Students informed their parents – especially those who live at the valley – who used the information to protect their belongings, including school books for children, which were usually destroyed by floods. This time, the case was different as precautions were taken much earlier.’
Jane Brown, Keko mwanga Primary School, Dar es Salaam, 2020

Stakeholders provided regular feedback and suggested improvements while the pilot services were tested. For example, was the radio talk show on the topic of WCI clear and engaging? Lessons emerged through ongoing monitoring and evaluation, such as small-scale weekly surveys.

These lessons were periodically assessed with stakeholders through meetings, and requisite adjustments, such as trialling different radio show formats, were made to the pilot services. Finally, opportunities for scaling up these services were assessed, and learnings shared, at different fora, such as the Greater Horn of Africa Climate Outlook Forum (GHACOF) and Global Resilience Partnership (GRP). 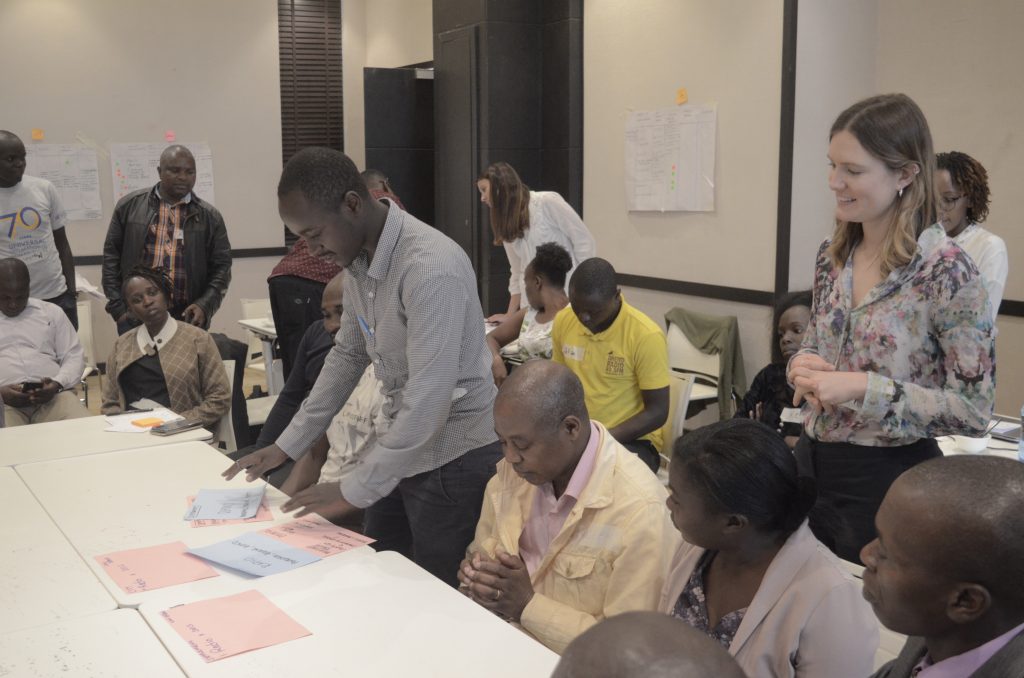 Lessons to learn from:

• Solid partnership commitments are key to effective engagement, especially with public agencies, including the NMHS. A memorandum of understanding was established between the DARAJA consortium and each NMHS.

Often, multiple key persons from different levels of seniority within the same agency need to be engaged and need to work together. Establishing a solid partnership takes time and should be incorporated in project design. The amount of time required varies based on the organisational culture of the agencies involved and other factors, such as elections or any national or regional events.

Support from WISER in connecting with the right people in the agencies was a useful starting point. KMD and TMA designated one person from within their respective agencies as a point of contact for DARAJA, which enabled more streamlined and effective communication.

At every stage, people from the agencies engaged as a partner with the project. The consortium paid multiple visits to the agencies to meet with senior members and share updates and impact stories. This had a positive effect on the relationship.

Diplomacy was important in navigating the effective implementation of the partnerships. Aligning the goals of the project to the partners’ goals and being transparent in the participation process while maintaining a constant communication channel were key.

• Scaling up solutions: Urban users are a rapidly growing group in need of improved WCI services. Solutions are needed for making successful urban co-production tools and methodologies accessible at scale.

The co-production process used in DARAJA requires multiple workshops and in-person engagements, which are costly and time consuming. With a number of partners involved, it is not always easy to find a common schedule.

The key lesson here is to allocate more time, and more budget, for this phase of the project. Also necessary is a value proposition that demonstrates the cost-benefit of investing in the DARAJA co-production process through illustrating the financial value of avoiding the damage and loss generated seasonally and annually by the system.

For more information on Resurgence and DARAJA; consultancy, advisory work and speaker engagements from our team of climate experts, please contact dilupa@resurgence.io

What is DARAJA and BReTCAT, in Jamaica?

Resurgence Showcase of events from COP27