On World Meteorological Day, Resurgence and its partners, the Meteorological Service of Jamaica (MSJ), the Caribbean Climate Innovation Center (CCIC), The Finnish Meteorological Institute (FMI) and the University of the West Indies, have publicly announced the Building Resilience Through Climate Adaptation Technologies (BReTCAT) Project in Jamaica. 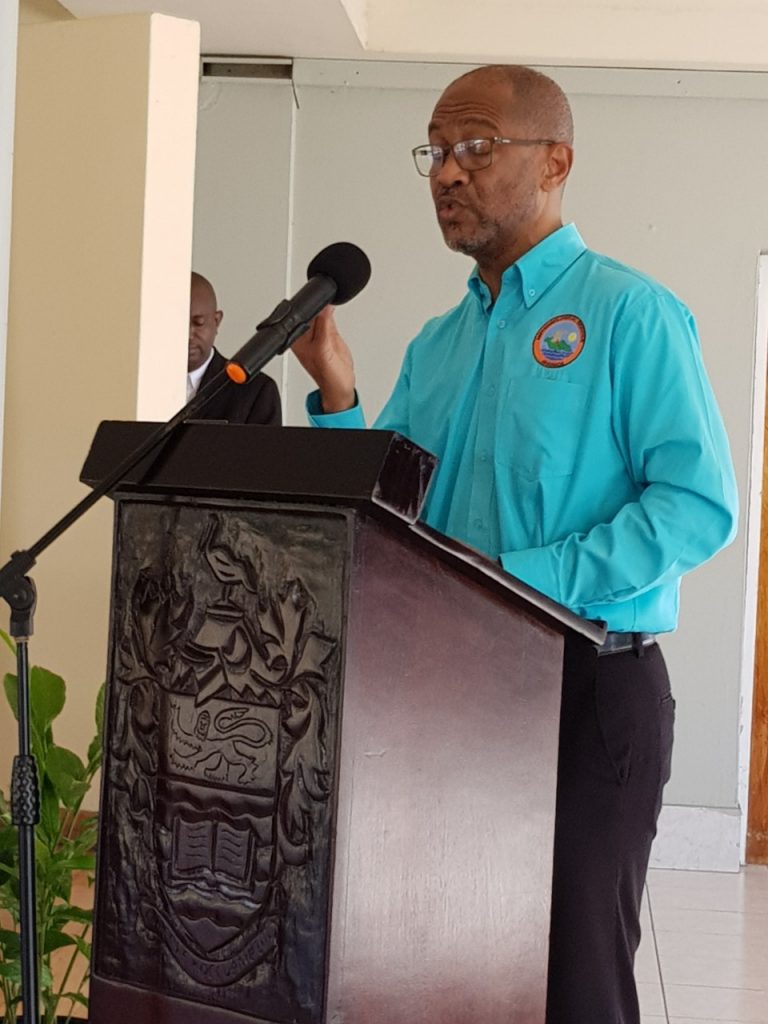 The initiative, which is helping to improve the delivery of weather forecasts and warning information to the Jamaican public, was announced to local media at a think tank session in Kingston to mark World Meteorological Day 2022 (March 23).

Resurgence is a key partner in BReTCAT where its DARAJA principles, developed to enhance the resilience of large cities to weather and climate, are being applied for the first time to a small island developing state.

Resurgence is facilitating the involvement of forecast users and vulnerable communities in Jamaica in the co-design of improved weather forecasts for this Caribbean island of nearly three million people.
It is also helping the Meteorological Service of Jamaica to create and launch a smartphone weather app. This will use a technology platform developed by the Finnish Meteorological Institute (FMI) and will be launched in the second half of 2022.

Beyond being a pilot for the DARAJA model for small island development states (SIDS) Caribbean, BReTCAT will also generate learnings on people-centred early warning approaches for the Caribbean Project of the Climate Risk and Early Warning Systems (CREWS) Initiative. 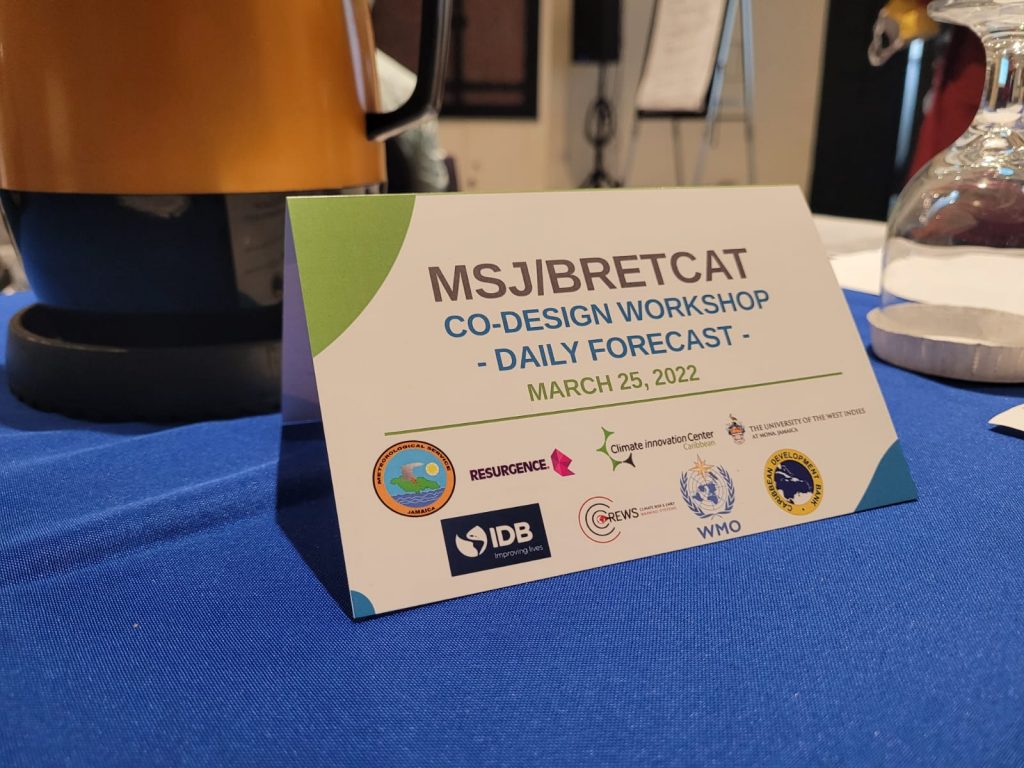 “CREWS  is delighted to support the forecast technology and co-production activities that the Meteorological  Service of Jamaica (MSJ) is  organising in Kingston this week. Through its engagement with multiple stakeholders via forecast co-design workshops and the development of a smartphone app, MSJ is providing a timely lead in adopting the people-centred early warning approaches that we are seeking to embed across all CREWS projects.” says John Harding, Head of Secretariat, CREWS.

Beyond contributing to the global targets of the Risk Informed Early Action Partnership (REAP) of which both the Government of Jamaica, CREWS and Resurgence are members, the project will also contribute to Jamaica’s innovation ecosystem in weather and climate services.

“We are grateful to BReTCAT’s founder investor, IDBLab for encouraging us down the pathway of creating a component led by the Caribbean Climate Innovation Center (CCIC) to support entrepreneurship in new products and services driven by open climate data,” says Mark Harvey, CEO, Resurgence. “It’s critical that the private sector supplements the central role of the public weather sector in climate proofing economies and societies. BretCAT could become a valuable test-case in this effort.” 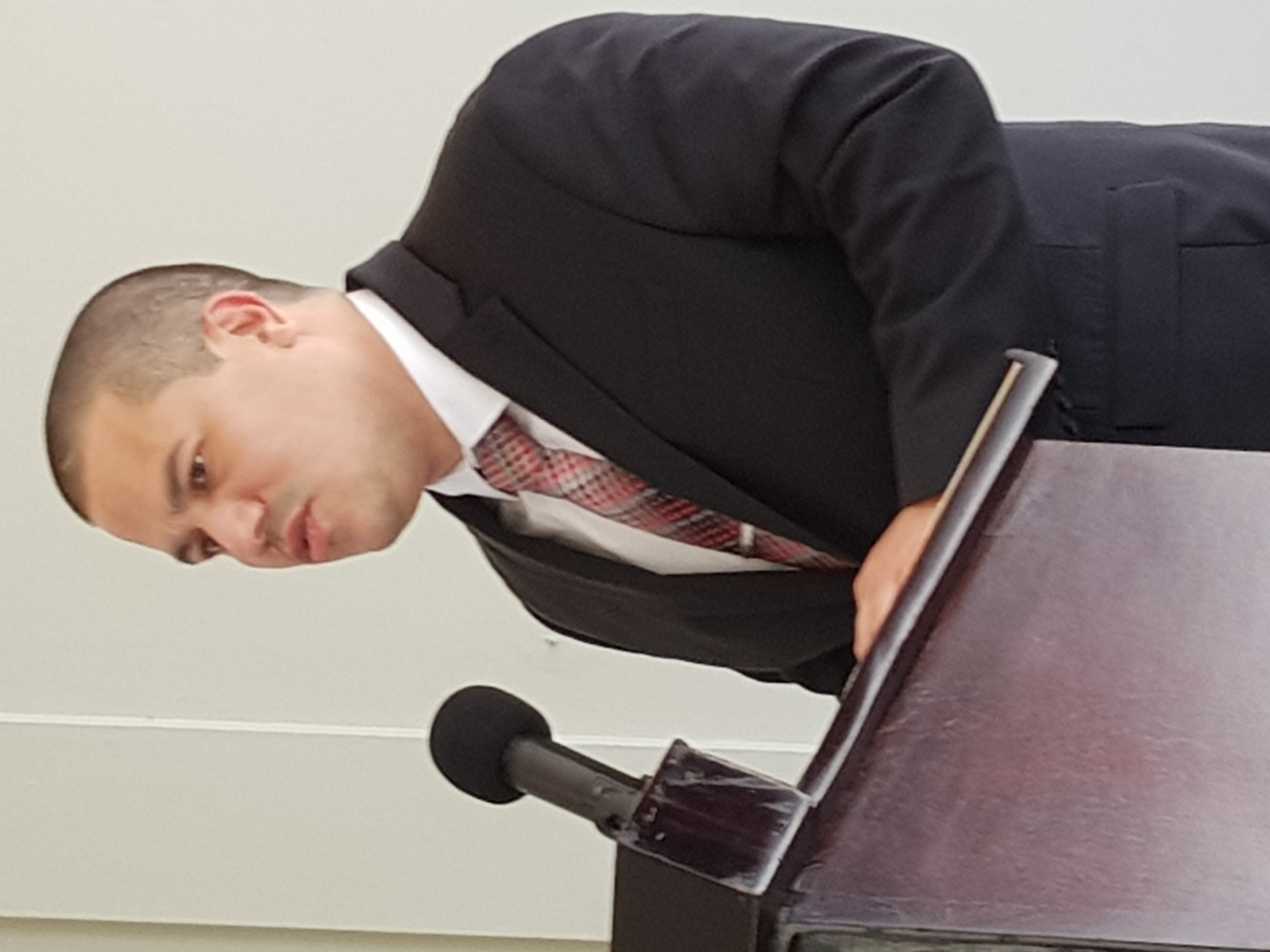 Minister without Portfolio in the Ministry of Economic Growth and Job Creation, Matthew Samuda praised the BReTCAT Project, which is helping to improve weather information services in Jamaica, at a ceremony in Kingston on March 23 to mark World Meteorology Day.

BReTCAT  is financed by the Inter-American Development Bank (IDBLab), the Climate Risk and Early Warning Services (CREWS) Initiative and the European Union’s Climate-KIC.

Find out more on DARAJA and CREWS.